The most famous of all Cobras? That’s easy—the Cobra Daytona Coupe. And while those three words roll effortlessly off the tongue of any Cobra enthusiast, a little known fact is that the car was never formally given that name until the first one was almost finished. It was a coupe configuration, seemingly alone in a world of Cobra roadsters, so the word “Coupe” became its informal name. When that first car was being constructed, just saying “Coupe” left no question which car was being referred to. It wasn’t until later that “Daytona” was added. 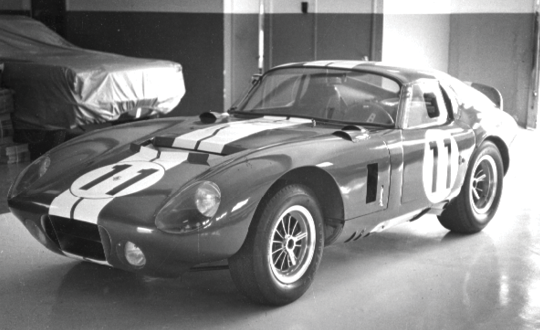