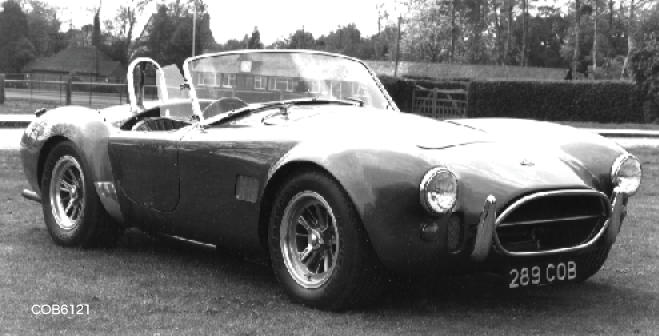 When the original Cobra was introduced in late 1962, it established a new benchmark for performance. The fact that it was a lightweight sports car stuffed full of small-block Ford V8 gave it a personality and appeal that was different from all other cars of its ilk. Sports cars of similar size offered substantially less power (think Austin-Healey or MG), while other cars with equal torque and horsepower were inevitably much heavier (such as the E-type Jaguar and the Corvette).

Things changed in the two years that elapsed between the introduction of the leaf-spring Cobra and its successor. The Cobra’s closest rival in the U.S.—the Corvette—was rumored to be upping the ante by adding a big-block 396 cubic-inch engine to the option list for the first time. Not wanting to see the winning Cobras relegated to second-place, Shelby American had to mount a preemptive strike. The result was the 427 Cobra.