The 427 Cobra S/C, or “Semi-Competition” model, was actually the result of two interrelated factors. Shelby’s initial plans were to build 100 427 competition roadsters which would be homologated for FIA racing. The factory team would campaign these new and more powerful cars, and combined with Shelby American’s experience in the 1964 FIA events, success seemed likely. Additionally, Shelby planned on selling the rest of these cars to independent racers and teams, both in the U.S. and in Europe. The new car would also be homologated for SCCA production racing in the United States. Based on the number of 289 Cobra competition roadsters built and sold over the previous two years, selling one hundred of the new race cars over a two year period was not seen as presenting an especially difficult problem. 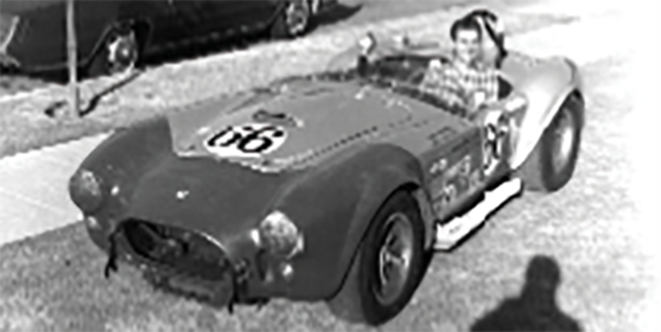