At $6,995, the 427 Cobra was an expensive car in 1966. Add to that a couple of thousand dollars more for the “Dragonsnake” options and it’s easy to see why only one factory-built 427 Dragonsnake was ever purchased. Even Cobra dealers could not justify spending that much money as part of an advertising and marketing promotion when, at best, they might sell 3 or 4 street cars. And besides, most of the Cobra product identification was in SCCA sports car racing on road courses. The Cobra was not the first thing to pop into anyone’s mind when they thought of a drag strip.

All that did not mean there was no such thing as a 427 Dragonsnake. The small block Dragonsnake had been a very successful way to promote the Cobra and the associated drag race parts from a cost analysis perspective. Once the Dragonsnake program existed it wasn’t a very long step to extend it to the 427 Cobra when those cars replaced the 289s. All Shelby American needed was one order to build the car. They had already done their homework selecting the components. That one dealer was Harr Ford, a Shelby American dealer in Worcester, Massachusetts. 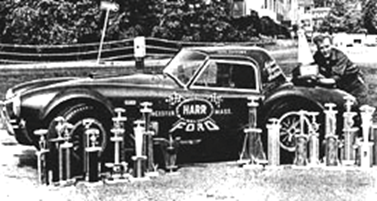 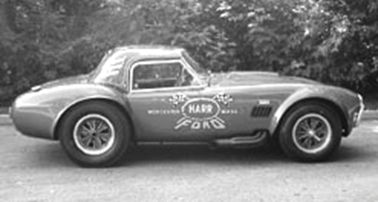 Gus Zuidema worked as Performance Service Manager at Harr Ford in Worcester, MA and made a name for himself drag racing. After Zuidema demonstrated how drag racing an independent 289 Cobra brought customers into the dealership, Harr purchased what turned out to be the only 427 factory-built Dragonsnake which he raced with an amazing amount of success, eventually setting a National Record and winning a National Championship. The car was subsequently sold, converted back to a street car and more recently, restored as it originally drag raced [above, right] before being sold at auction in Monterey, CA in 2005.